As early as the 1940s Zeta Phi Beta Sorority, Incorporated acknowledged the merits of having youth auxiliaries. The sorority has sanctioned three youth auxiliary clubs to mentor to young ladies of varying ages:

Members of Zeta Phi Beta Sorority, Incorporated recognize that our young people need positive role models to be apart of their lives.  The purpose of the Archonette Club is to extend an opportunity for young ladies to excel culturally, spiritually, socially and educationally.  The young ladies of The Archonette Club are supported by their sponsoring chapter and community in activities that give them the opportunity to:

Some of the activities that Archonette Clubs participate in include:

The Xi Nu Zeta Chapter Archonette Club, began with five young ladies June 15, 2013. These dynamic young ladies are striving to impact their community through the leadership of Zeta Phi Beta Sorority, Incorporated. They hit the ground running and planned a calendar year filled with community service, camaraderie and fun!

The Xi Nu Zeta Chapter Amicette Club was formed on September 15, 2018. These nine preteen ladies are eager to provide a positive impact in the community with the leadership of Zeta Phi Beta Sorority, Incorporated. Their first calendar year is jam packed with service, camaraderie, and fun!

Do you know of a civic minded young lady that would be interested in joining the Archonette Club?  If so, the Xi  Nu Zeta Chapter is hosting an informational meting on January 27, 2018 at 11:30am.

Come on out and learn more about the Sorority, the chapter and any auxiliaries.

“The power you have is to be the best version of yourself you can be, so you can create a better world.”

Amicette Skate Night, February 2019
Our Achonettes with the college seminar presenters
Our Archonettes with sponsors and chapter President 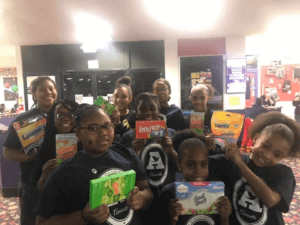 The Amicettes sponsored a Laundry of Love Drive at their February 9th, Skate Night Event! 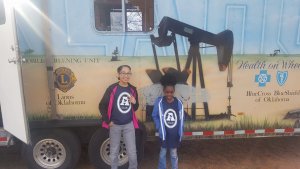 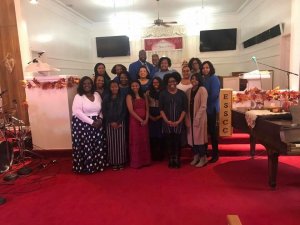